Words and concepts you should know in the cryptocurrency world

Many years have passed since Satoshi Nakamoto published his famous article in 2008. When it all started, only a few technology geeks knew about Bitcoin, being considered almost useless and worthless. However, today its value has reached figures never imagined.

Cryptocurrencies are generating more and more interest, with great benefits to initial investments. And, unlike the Stock Exchange, this market allows entry without intermediaries.

For this reason, it is necessary to know a series of concepts and terms from the world of cryptocurrencies, in order to maximize profits and avoid any scam.

This glossary of terms can help you in your search for market knowledge. Remember that you should always create your own research method and make your own investment strategy.

The term Altcoin refers to all cryptocurrencies or tokens other than Bitcoin.

Method of promoting a cryptocurrency that consists of distributing assets for free to the community in exchange, generally, for carrying out some actions that allow the project to be known since its launch by as many people as possible.

Arbitrage trading is a way to make a profit by buying a cryptocurrency at a low price, then selling it in another market where it has a higher value.

Bid is the maximum price a buyer is willing to pay for a cryptocurrency, while Ask is the lowest price a seller is willing to sell at. The difference between them is called Spread, or price differential.

The ATH (All-Time High) is the maximum historical price that has been registered in a particular asset.

Accumulation is the process by which an investor or trader builds a position in a financial asset and generally occurs after a significant drop in price.

This strategy consists of acquiring more of a cryptocurrency when its price drops to make the average purchase price lower.

The trend is down when the price forms lower lows and lower highs.

Bear Market is a way of referring to bear markets, that is, those in which the price is in a long-term downward trend.

It is the opposite strategy to a Bull trap but in this case in the opposite direction, finally moving prices higher.

Blockchain is a digital structure organized in “blocks” (sets) of cryptographically linked data that are progressively added one after another, creating a chain. In cryptocurrencies, these blocks record the valid transactions made with them. A blockchain is not always decentralized.

A trend is up when the price forms higher highs and higher lows.

A Bull Trap is a technique used by market makers that consists of quickly buying a large quantity of an asset, causing the price to rise violently for a short period of time.

This makes everyone think that it is a breakout to the upside, producing strong purchases. Then the market makers sell large amounts, pushing the price down and causing the liquidation of the purchases of the rest of the traders and investors.

Bull Market is a term used to talk about markets that are in an uptrend where new highs are being created. It tends to happen more markedly when new investors enter the market.

A financial bubble, a term used by some experts to refer to Bitcoin, occurs in the markets when an asset reaches very high values ​​in an irrational way compared to the real value of the asset.

Consolidation is a period of time where the price is in a fairly definite sideways movement. They are periods of indecision and usually lead to strong movements in any direction.

A DAO is a Decentralized Autonomous Organization, in other words, an organization that is governed by codes and programs without the need for a central authority.

A DAPP is an application that works through a decentralized network.

DCA is a strategy based on investing the same amount of money every so often, regardless of what the market is like, to reduce the impact of volatility on the average purchase price.

Decentralized Finance, or DeFi, is the set of digital assets, protocols, smart contracts and dApps built on the blockchain, which aims to be an alternative to traditional financial services.

Process in which the price of an asset is in a sideways movement and investors who bought in the accumulation or rise phase begin to sell their positions at a profit.

Fiat money, or money by decree, is the currency that has state legal backing. Its value is determined from the economic stability of both the government and the country. In other words, it is the type of money that we use on a regular basis (Euros, Dollars, Pounds, Yens…)

(Fear Of Missing Out) is a type of emotion that investors feel when launching en masse to buy an asset, for no other reason than the fear of losing a possible opportunity.

A bifurcation, or fork, happens when a project other than the official one is created from the main source code of a cryptocurrency or token.

Fear, Uncertainty and Doubt, also known as FUD, is the action of spreading fear or misinformation, generally discrediting a cryptocurrency, so that it lowers its price and makes a profit from it.

Halvings are events whose objective is to reduce the emission of a cryptocurrency by half at certain times.

Hodl refers to the act of investing in cryptocurrencies and holding them for long periods of time.

Leverage consists of increasing the money that we are going to invest by adding more capital over the limit that we have. In this way, the profits of the investment increase, but also the losses if the crypto active moves against us.

Liquidity is the way to measure the activity of an asset in the market. A highly liquid cryptocurrency means that it has a large number of buyers and sellers at the same time, making it easy to open or close positions.

In the long position, what is sought is to buy an asset at a certain price, and then sell it at a higher price and thus make a profit.

Market capitalization is one of the ways to measure the size of a cryptocurrency or token and corresponds to the total value of the cryptocurrencies that have been mined. It is calculated by multiplying the number of units in circulation by the current price of each of them.

It is the process that computers perform to verify the blockchain. There are computers with a lot of power that solve very complex mathematical problems called hash puzzles. The goal of the miner is to solve the puzzle faster than the rest. The fastest finisher verifies the next block of transactions added to the blockchain.

Miners do this work to prove that transactions on the blockchain are valid. Once all transactions are verified and added to the blockchain, the miner is rewarded. This verification and reward system is called proof-of-work (PoW).

Margin is the amount required to open a trade with leverage.

An NFT is a cryptographic token that uniquely defines an asset, while also proving ownership and authenticity, representing both an image and a digital or physical asset – a house, a car or a song.

An order book is the record of all buying and selling intentions for a specific asset, and there is one for each cryptocurrency that an exchange supports.

The rally is a period when an asset is in a strong uptrend that leads to an increase in price.

Liquidation occurs when a position is closed because a trade went in the opposite direction and the capital was not large enough to maintain the maintenance margin required by the broker or exchange.

A smart contract is a computer code or protocol with a series of instructions (the conditions of the contract between 2 or more parties) that will be executed automatically in the blockchain when a series of conditions are met without the need for third parties involved.

Taking a short position means selling an asset (usually borrowed from the exchange) at a high price, then waiting for the price to fall, buying it back and returning the borrowed asset, getting a difference in your favor.

Simplifying the idea as much as possible, we could say that a short position is to open an operation to obtain profit with the fall in the price of a financial asset.

It refers to the massive sale of a crypto asset by many traders and investors, thus causing its price to drop. It usually happens when the market panics, for example because of very negative news.

The spread is the difference between the highest purchase price and the lowest sale price for the same asset at which market operators are willing to buy and sell.

A stablecoin is a cryptoactive that is associated with the value of a fiat currency or other assets.

For example, a stablecoin associated with the Dollar has a value equivalent to the latter:

The stop-loss is an order that automatically puts an asset up for sale when its price falls to a level previously chosen by the trader, avoiding incurring greater losses.

Volatility is the percentage of an asset’s price movement over a period of time. In other words, it is a way of measuring fluctuations in price.

Wallets are programs or devices that allow you to send, receive and store crypto assets.

It is called whale to people who have a large amount of cryptocurrencies or tokens, so they have the possibility of moving the market, especially if said market does not have much liquidity.

In a white paper, the person or persons involved in the creation of a cryptocurrency explain in detail information about it, such as the technology used to create it, its purpose or the distribution of the tokens. 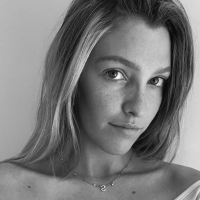 Words and concepts you should know in the cryptocurrency world